Home Metaphysics Getting Beyond The B.S. – We Want To Believe To Find Our Truth…

Late last night on Facebook a contact, Kathy was sharing with me how she was so excited. She has fallen in love with a man that she had a romantic two week liaison..

This man was making her big promises. Promises like marriage, children, spending the rest of their life together.

Kathy shared with me that right now this man is financially broke and in recovery from heron addiction. I asked her what HER dreams were.She shared with me how she wanted a family and was on the road to become a medical doctor. However, right now she shared how this man has become the “center of her world.”

So I asked Kathy what made her think this man would keep these promises. I asked if this man ever kept any of these promises before, and what was his plan. She said that she had not really thought about  how he would do this. We got to talking a little bit deeper,  she then started to share with me about her x husband that screwed her over. Having dealt with so many relationship dynamics myself and noticing patterns, I took an educated guess that she felt somewhat estranged from her father. This perceived void is often what fuels a deep seating craving for masculine  family energy.

She shared how she has longed for a relationship with her biological father and a family since she was young.

She looked how she so wanted to believe in the promises from this new man who he has been a long time heroin addict, that was financially destitute. At the same time that this man was making her fantasy promises, Kathy craved this man sexually. She got hormonally excited speaking with him. Yes, the hormones can blind us.

Oftentimes we jumble up our bodily sensation of sexual pleasure with fantasies that we have in our mind. Kathy realized how she was linking these repressed fantasies from childhood to promises this man was making while in her sexually aroused state.

In Kathy’s mind, when this man was not attentive to her, she experienced the withdrawal of ‘pleasure”. He would tap a FEAR inside of her of ‘loosing” this man.

Her perception was that she was also loosing something she was searching for, her newfound “family”. She felt that if she got his attention and sex, she was getting this family fantasy that she so yearned for since a child.

Kathy was “making this man the center of her world” and she began to  realize that was probably not the wisest choice in order to become a medical doctor and build family. Right now she saw that this man is an exploration, a good time, and PROMISES, yet to come.

She told me that she now saw that, although this man may serve some of her needs, he probably is not the best choice to serve all of these promises that he made. He really might NOT be in the position to do so. Kathy is young, smart sexy young lady, and of course this man will tell her what she wants to hear in order to “get her” and “get from her” what he wants.

Kathy began to see it wise to look at her own emotional patterns and fantasies.

Rather than run the same pattern, of hoping someone else would give  her these fantasies and then being disappointed later, it became clear to her to look a bit deeper and honor this current relationship as a two week liaison, that she would keep an eye on.

We all make promises that we don’t keep. We have all lied to get what we want and many times, we don’t even realize what we are doing. Kathy became empowered to look at her entire dynamic and understand herself better.

She saw how through her fantasies she was projecting through this man her deep seated emotional voids. She was setting herself up for a passionate fantasy high and a low that will surely follow.

She realized that instead of turning this man into a future villain that screwed her cause he made her promise he could not keep, like her X, she was actively creating this dynamic. With this newfound awareness, Kathy was freed to utilize this relationship wisely. She moved from centering her life around this man, to becoming centered in herself, and making wise choices.

She is now planning how to fit this man into her life, instead of making him her life: The magic of a Facebook conversation!

Shift Into Your New Storyline

Never Say These 5 Things To Your Partner! 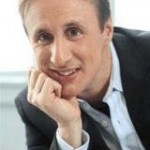 
John Castagnini is an Amazon#1 best selling author/publisher of ThankGodi Volume 2, professional speaker and the creator of ThankGodi.com. John holds a B.A in Biology and attended chiropractic school. John is a martial artist who studied with Indian Monks and has held multiple seminars with Dr. John DeMartini and Dr. Wayne Dyer.


John has appeared on ABC TV, The Huffington Post and was recently featured alongside his holiness the Dalai Lama and Marianne Williamson in the Hollywood feature film Discover The Gift.

View all posts by John Castagnini →