Home Astrology The First Halloween With Neptune In Pisces

The First Halloween With Neptune In Pisces


Neptune in Pisces.  The veil is very thin now. 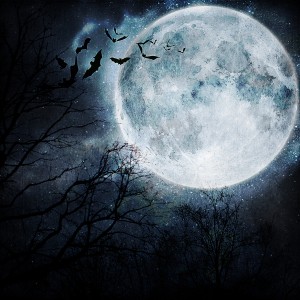 Neptune entered Pisces, the sign it has rulership over, last February, and will remain there until January 2026.  This is an event that occurs only once every 165 years.  It is a period during which the psyche gains greater access to The Beyond, and the doors of the supernatural open.  These doors are more like portals into another dimension.  Great strides are made in metaphysics, in spiritual understanding, and in cosmic awareness when these gates are made ajar and the bridge to The Beyond is opened wide.

In fact, Neptune will soon station at zero degrees of Pisces shortly after Halloween, specifically on November 11th.

This is a forerunner of profound shifts in consciousness for all.  We are learning through our scientific discoveries that the solid world of form is not as stable and secure as may think.  We are hearing from our authors, from mediums, and from individuals, that consciousness continues after death, and that the soul can leave the body and still be present.  These are all Neptune’s familiar traits and territory.

In this age, we’re supposed to raise from reason to intuition (quote from guru Meher Baba).

What does that mean?  The logical mind which has served us well but has restricted our understanding and caused much fear is gradually giving way to a more intuitive understanding and a more direct connection with the Other Side.  Maybe our religions will change; maybe our understanding of Life After Death will soften.  Halloween is always the time, traditionally, when the dead can make their appearance in the world of the living and draw closest to us who are here in flesh.  Are they ghosts?  Reincarnated selves?  Astral entities?

Fear not.  This won’t only be for horror movies and Halloween fright nights in the coming era, for all will understand that, as the spirit guide entity Emanuel says, “Death is perfectly safe.”

Trust Neptune in Pisces on Halloween to get stranger and more wonderful as the years go by!

Top 5 things NOT to say to Libra (Libra Rising sign)