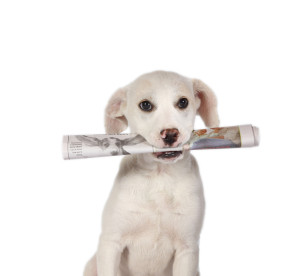 The recent obituary for our hometown paper began: We have made a sincere and earnest effort to keep our free two community newspapers financially viable.

If the words sound familiar, it’s because newspapers have been failing for a while. In Tucson, the Citizen is gone. Same for the Examiner in Baltimore, the Post in Kentucky, and the Tribune in Albuquerque, to name but a few.

For the full, depressing list, visit newspaperdeathwatch.com, which since 2007 has recorded the final breath of papers across the nation. Newspaper print ad revenues haven’t dipped this low since 1950, Slate.com reported last year.

The final edition of The Gazette hit our driveways in mid-June. Since then, life has gone on and no one seems too upset. But it would be a mistake to think nothing’s changed or been lost.

The Post covers the big stuff in Montgomery County, Md. – the county is too big, rich and close to Washington to ignore – but there’s only so many reporters to go around and lots of stories competing for the same space.

From 1959 until last month, the Gazette’s section fronts were crammed with news from our councils, commissions, and police departments. Photos did not highlight famous athletes; they featured our children competing in jerseys that said Rockets, Bulldogs, and Wildcats.

Events from Rockville’s Hometown Holidays to the Gaithersburg Book Festival got big spreads, not mere mentions. When more serious local news broke, the paper was there as well.

“As a community newspaper, it has also been our mission to expose the ordinary as extraordinary – a fundraiser for an ill child, a centenarian’s surprise birthday party,” the paper said in its farewell edition.

The value of a vibrant hometown paper was also on display recently in Charleston, S.C., where The Post and Courier – winner, by the way, of a 2015 Pulitzer Prize – did exemplary work covering the shooting that took nine lives at the Emanuel African Methodist Episcopal Church.

(Full disclosure and admitted bias: I was the newspaper’s Washington correspondent from 1989-2002.)

Columbia Journalism Review weighed in as well, crediting the paper for “a series of sensitive, visually powerful front pages that emphasize mourning and resilience. The images have been shared by thousands of people across the Internet, and drawn a grateful response from readers on Facebook.”

It’s misleading to compare the Gazette and Post and Courier. The latter is much larger, though small by Washington Post standards. What both had in common was a clear mission. Whether it was breaking news or a poignant feature, what happened locally was most important. Local led the paper.

The formula continues to work in Charleston. In Montgomery County, Md., it worked for 56 years, until hard times finally prevailed, and the Newspaper Death Watch was forced to take official note of yet another passing.

Podcast: Animals Are Our Best Teachers

One Response to "Locals Bid Farewell to Hometown Paper"