Do your kids adore Cinderella and Sleeping Beauty?

Are you a fan of Twilight or True Blood? Did you catch Ridley Scott’s Prometheus on the big screen? Or is Dr. Who more your style?

We can trace the roots of fantasy, horror, and science fiction to three writers who had one thing in common — all were creative late bloomers. Charles Perrault, Bram Stoker, and Jules Verne each started out in law or government. They went to the office, supported their families — and imagined curious worlds on the side. Perrault published Tales from Mother Goose at age 69, Stoker published Dracula at 50, and Verne published Journey to the Center of the Earth at 36.

Though they got off to a slow start, they prove creativity has no “use by” date.

There was a boy who lived in the shadow of his talented family. His father was an attorney and his brother designed part of the Louvre Palace — but Charles Perrault couldn’t settle on a career. He enrolled in law school to make his dad happy, but never practiced.

Perrault finally landed a government job composing inscriptions for royal monuments. He used the post to do something extraordinary — he opposed closing the Tuileries Gardens to everyone except the King. Because of Perrault, the Gardens remain public to this day.

He retired at age 67 and devoted himself to writing. Two years later, in 1697, he published Tales From Mother Goose. Perrault gave us the phrase “Once upon a time” and introduced the world to Cinderella, Sleeping Beauty, Little Red Riding Hood, and many more. He  adapted these tales from from oral tradition, stories told by the common folk.

And perhaps in gratitude for their park, the common folk made him a 70-year-old celebrity.

“We learn from failure, not from success!” ―Dracula

Like Perrault, Bram Stoker waffled through his 20s. He got a graduate degree in Math, worked as a government clerk, and penned theater reviews. At age 29, Stoker wrote an gushing piece about Henry Irving, Victorian England’s greatest actor.

Irving invited Stoker to dinner to thank him and they hit it off. Irving asked Stoker to become his personal assistant. The job would last over two decades.

Irving, however, was a narcissist and nonstop drama queen. He always wore a black cape, which he swirled for effect when he walked. Stoker worshiped and resented him. In his 40s, perhaps to escape Irving’s influence, Stoker began writing. At age 43, he published a completely forgettable romance.

But then he got an idea for another book, about a mesmerizing bloodsucker who wore a black cape. Dracula was published in 1897, when Stoker was 50. When he asked Irving what he thought of the book, his boss replied, “Dreadful!” Irving refused to star in a theatrical adaptation and the two parted ways.

Stoker wrote prolifically for another 15 years. Dracula has never been out-of-print.

“Anything one man can imagine, other men can make real.” ―Around the World in Eighty Days

Jules Verne, father of science fiction, also did a stint in law school to please dad, then spent eight years writing bad comic operas. At age 29, Verne fell in love and decided to get a “real” job. He became a stockbroker and loathed it.

Although Verne gave up comic operas, he still rose early to write. He wrote to escape and he wrote of escape — fanciful journeys to worlds unknown. After six years as a mediocre stockbroker, he published A Journey To The Centre Of The Earth and From The Earth to the Moon.

They didn’t hit big, but Verne kept at it. 20,000 Leagues Under the Sea and Around The World In 80 Days made him him a household name. He penned over 80 novels between age 36 and his death forty years later.

Right now, my husband and I can’t wait for the next episode of ABC’s fabulous series, Once Upon A Time, where an evil curse transports all our favorite storybook characters to the modern world. They’ve lost their memories and their magic. They struggle with day-to-day life.

Do you sometimes feel “it’s never too late” has become a cliche?

For one week, try this. Note the  times you encounter a fairy tale, vampire, horror story, or science fiction reference on TV or the Internet. Give a silent nod of thanks to Charles Perrault, Bram Stoker, and Jules Verne, late bloomers whose imaginations have so enriched our everyday lives.

Then take out a piece of paper and title it, “Once upon a time I dreamed of being…” Finish the phrase. Let your imagination fly free.

The world of the future needs your story, too.

Why Not All Who Wander Are Lost

One Edit is Enough – How to Finish Your Book Writing Fast 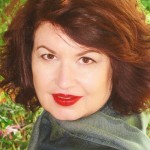 
Debra Eve received her M.A. in Anthropology from UCLA, where she was the last graduate assistant to archaeomythologist Marija Gimbutas, a colleague of Joseph Campbell. She helped bring Dr. Gimbutas' final work, The Living Goddesses to press.


Debra is proud late bloomer and possessor of many passions. At 36, she became an archaeologist. At 42, a martial arts instructor. At 46, she married the love of her life. Now she writes about fellow late bloomers while plotting her next grand adventure.


Debra's ebook, Later Bloomers: 35 Folks Over Age 35 Who Found Their Passion and Purpose, recently became a #1 Kindle Motivational bestseller. She blogs at LaterBloomer.com and is currently finishing the second Later Bloomers book.