Home Annie's Podcasts Podcast: Changing Your Life Despite Your Circumstances

Podcast: Changing Your Life Despite Your Circumstances Zelda Hayes is also known as LadyZee, author of Jezebels Last Dance: It’s Every Woman’s Story, which sets the stage of how trauma from childhood to adulthood play a huge part in the choices we make in love and life itself.

Changing Your Life Despite Your Circumstances

You can read more about Zelda Hayes, her latest book Jezebel’s Last Dance at www.zeldamhayes.com. Other books by Zelda Hayes include The Power of A Woman: A step by step guide for women to get back on track

This podcast is presented by Annie Jennings, of the National Publicity Firm, Annie Jennings PR and the creator of JenningsWire online magazine. JenningsWire is capturing the heart of America with its rich community of talented, insightful and relevant bloggers and podcasters! Please visit Jenningswire.com and discover the blogger just right for you.

If you are using a mobile device, please click here

Confessions of a Shy Girl 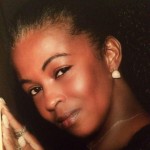 
Zelda Hayes, known to thousands as LadyZee, is a Spiritual & Life Counselor, Self -Educated Motivational speaker and Author. Survivor from abandonment at the age of 15 and raised by all five cities of New York, with limited resources, Zelda learned self-reliance at an early age. By the time, she was 17 she had already experienced many life trauma while she was homeless. During her time of living on the streets of New York she has advised others who approached her with small talk then eventually had to do with their problems, be it relationship or life circumstance and spirituality. Strangers on a bench would approach her and Zelda with a fearless heart, spoke whatever was on her mind in regards to life and how it works. Helping many without being helped in return never hardened her heart. This must be my purpose was her thought. Helping others.


One thing is for certain, with all that was put on her plate, she refused to become a victim. But even more, a woman who is strong enough to let her story be an inspiration to others. A woman willing to answer the call to counsel and empower others no matter what society did to them. As she got older, coaching just became a part of whom she was. In 2011 Zelda sought out the assistance of World Renown Public Speaker Les Brown during one of his seminars in New York; it was that seminar that added value to her ability to tell her story in a way to connect with other women. Making it a rule to learn more it was time to take this course of empowering others to a higher level so she enrolled in Universal Life Courses where she earned her Life Coaching Certification, Domestic Violence Certification and Interpersonal Communication. Understanding that knowledge is power she began to master techniques such as The Law of Attraction, Lessons by the famous Napoleon Hill and Eckhart Tolle, Tony Robbins and Abraham Hicks. Zelda was ordained as a Non-Denomination Reverend through Universal Life Church in 2010. Currently Zelda is studying for her B.A. in Psychology at Ashworth College.


View all posts by Zelda Hayes →