Home Inspiration You’re Good But Could You Be Great?

You’re Good But Could You Be Great?


My 14-year old son Bryce has played basketball for five years and in that time has always been a starter for whatever team he played on. He’s fast, he’s tall and he’s strong for his age so he’s been something of a go-to guy. He has a quirky shot that is hot and cold, but he’s so good on defense and is so athletic that he’s always been a star.

This week he tried out for the Freshman basketball team. Bryce isn’t a cocky fellow and has a great disposition, but it was clear he was pretty sure he would make it, as were we. Twenty-seven boys and twelve spots. When the letters came out, his said he had made the team, but there was a note at the bottom that said the Freshman and Varsity coaches would like to meet with Bryce and his parents prior to practice beginning. That could only be a good thing, right?  When the three of us marched into the meeting with the coaches, we were pretty pumped. Imagine then our surprise when the first words out of the coach’s mouth were, “you were number thirteen on the list for a long time but we decided to take a chance on you.”

My immediate internal reaction was, “Seriously? This is my star athlete son. You feel like you’re taking a risk by having him on the FRESHMAN TEAM?” But then the coach went on to talk to Bryce. The coach told him that his athleticism, character and demeanor are exactly what the team is looking for. He told him it was clear that he was a good athlete. The problem was that he was sitting at “good” when it was clear he could be “great” and the coach wanted to know that he was interested in being great. His bottom line question: “Are you willing to get less playing time as a Freshman so we can work on your shot and make you a great player for the future?”

In other words, can your ego do without the immediate reward long enough to focus on developing the area that holds you back?

What a great question! Hard to hear and hard to sit through in the moment, but I thought about it all night and into the weekend. How many of us are good leaders but have decided that we would rather be comfortable at “good” than be challenged at “great?” I strongly support the idea that leveraging our strengths is a strategy that has a greater payout in the long run than trying to eliminate our weaknesses. And we all have weaknesses. Sometimes, like it or not, we have a specific weakness, or a specific area that truly is an area of opportunity, and we have to have the guts to admit it and work on it in order to fulfill our potential.

In this coaches meeting, my wife and I struggled with our own issues of having somebody talk to our son this way.

We thought the coach was correct in his assessment, but we hated the fact that our little boy was getting it in the face so directly. But we weren’t giving Bryce enough credit. Nobody had given him such clear and direct feedback about his game before. Without that, he would continue being “good” until the time came that good wasn’t good-enough, and then it would be over. With the honesty of this coach, he now knows exactly what he needs to work on and exactly what he can expect if he commits himself to improvement.

Bryce says he’s committed and willing to do the work. In fact, he was rather upbeat about the meeting that felt to us at first like a smack down. And so my son becomes my role model. What’s keeping me at good rather than allowing me to be great? What’s keeping you in the same position?

Todd Thomas, Ph.D., is a contributing blogger for JenningsWire. 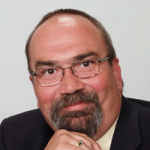 
Todd Thomas, Ph.D is an internationally known author, speaker and educator working in the areas of leadership and personal development. Dr. Thomas is also a professor at the DeVos Graduate School of Management at Northwood University in Michigan. His coaching, seminars and speaking have given him the opportunity to work with thousands of leaders in over twenty companies spanning four continents over the last twenty years.

Dr. Thomas' current projects include the All Things Leadership Podcast (found on iTunes or at www.ATLPodcast.com), his weekly leadership blog at www.DrToddThomas.com and a new book series designed to provide strategies and tools to help managers and leaders immediately improve productivity and satisfaction. The first of this series, High Impact Meetings: A Guide for Greater Productivity can be found at www.HighImpactMeetings.com.

One Response to "You’re Good But Could You Be Great?"